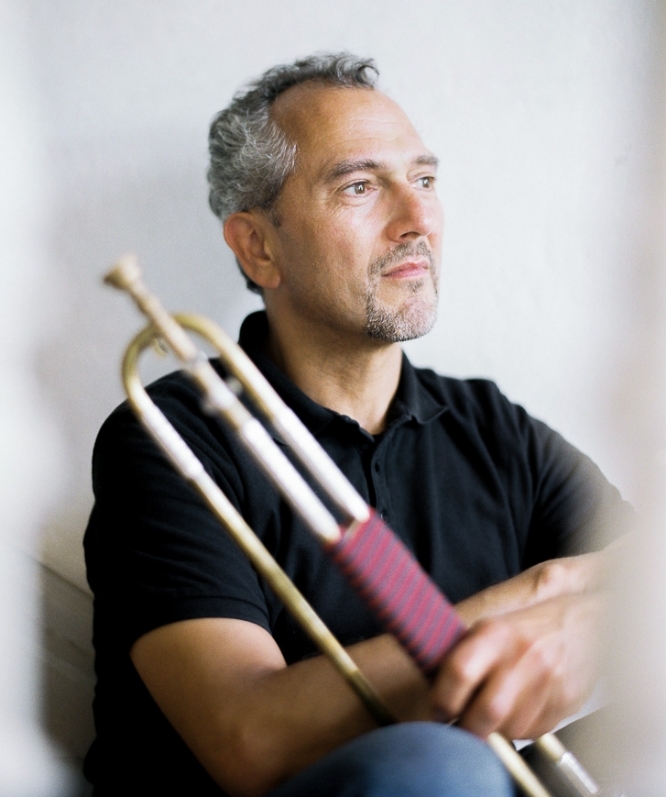 Johann Plietzsch
“… when I heard this recording in 1983 – a sinfonia to a lost Bach cantata for solo violin, three trumpets, timpani, and orchestra with the Concentus Musicus under N. Harnoncourt – it became clear to me: this is how trumpets have to be and sound! A tone like velvet and gold, blending as a group with the orchestral sound, singing and, at the same time, powerful! This recording lastingly influenced my whole musical life.”
Johann Plietzsch studied trumpet at the Dresden College of Music in the studio of Prof. L. Güttler and with Günter Rössler (Gewandhaus Orchestra, Leipzig) as well as at the Berlin College of the Arts with Robert Platt (Berlin Philharmonic). Graduate studies in early music and Baroque trumpet followed at the Cologne College of Music with Friedemann Immer. He additionally attended courses for Baroque trumpet with Edward H. Tarr (Schola Cantorum Basiliensis).
In 1990 Johann Plietzsch  founded the Baroque Trumpet Ensemble Berlin, specializes in trumpet music from 1500 to 1800. The repertoire of the ensemble extends from the oldest preserved processional and ceremonial music of the court trumpeters, through the period of the flourishing art of playing clarino in Europe from the end of the 17th. to the middle of the 18th. century, to the orchestral trumpet parts of the Classical Period.
As a soloist in concerts, and radio and CD productions, Johann Plietzsch has collaborated with Simon Standage and the Collegium musicum 90, with Agata Sapiecha and Il Tempo (Warsaw), Musica Florea (Prague), the Saxon Baroque Orchestra (Leipzig), and the Dresden Baroque Orchestra. Concert tours have taken him throughout Europe, to Russia and Israel.
From 2005 to 2008 Johann Plietzsch was instructor of Baroque trumpet, chamber music, and orchestral conducting at the International Summer Academy for Early Music in Wilanow Castle, Warsaw. At the invitation of the Barenboim- Said Foundation, he was active as trumpet teacher in Ramallah, Palestine, for several months in 2006.
In 2007 Johann Plietzsch was appointed to the Poznań College of Music to establish a studio for Baroque trumpet and Early Music, which he directed successfully until 2014. Since 2012 he has taught brass methodology/didactics at the Berlin University of the Arts.
Since 2012 Johann Plietzsch is the head of the brass-department at the Latina "Hermann-August-Francke" Halle (Saale) and teacher for trumpet and brass-chambermusic.
Johann Plietzsch plays exclusively trumpets made by David Staff (GB).
Back to content